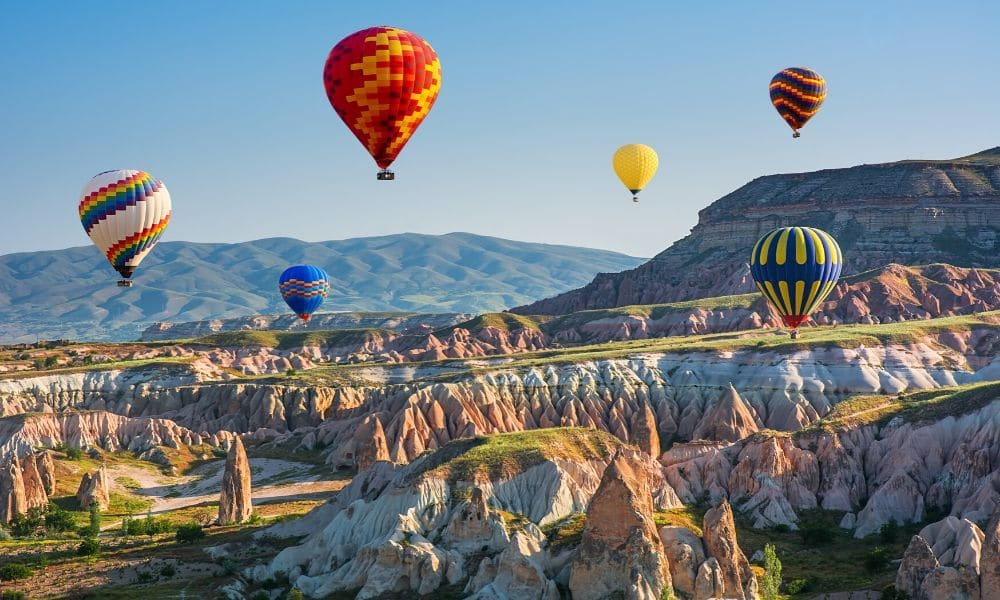 The geological make up of Cappadocia is a wonder in itself, with the area being bounded by three extinct volcanoes. Early Christians, hiding out from the Arab raids, constructed churches and cities within these rocks to defend themselves from attacks.

We will Visit places such as the rock carved churches of the Göreme Open Air museum. This Museum marked as a UNESCO World Heritage Site. We will proceed to  the Paşabağı Fairy Chimneys, with its curiously shaped rock formations, resmbling Fairy Chimneys. Also get the chance to visit authentic cave house, in this cave house we will observe the lifestyle of the locals. Later an informatice stop by Hand woven Carpet cooperative. Obtain information about knotting and dying techniques of World Famous Turkish Carpets. There will be opportunities for photo stop at Esentepe, which offers a panaromic view of Goreme Valley.